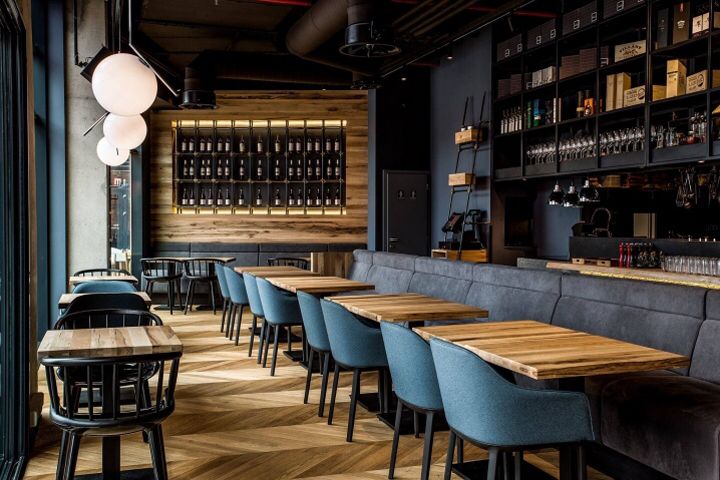 Delivery apps like Grubhub and UberEats have been in the news a lot recently, in part because of regional debates over service fees and how these companies impact small businesses, but the conversation is more complicated than that.

Rather, at a time when everyone is stuck at home and restaurants are struggling to pay the bills and keep their doors open, delivery apps are also a critical source of connection.

This is particularly true of systems for POS delivery and outside apps that enable food delivery from restaurants that don’t typically offer it, and which may not have the resources to deliver their food otherwise.

Despite the controversy surrounding delivery apps, they’re undeniably important to how restaurants are functioning during the pandemic, and their popularity has raised important questions.

What if, many – including restaurateurs – have wondered, restaurants were delivery only? Well, as it turns out, a growing number of startups are examining this possibility, fostering delivery-focused culinary scenes through the concept of the ghost kitchen.

What Is A Ghost Kitchen?

If you’re unfamiliar with the concept of a ghost kitchen, you’re not alone – but that doesn’t mean you’ve never patronized one.

Ghost kitchens are delivery only kitchens that produce food for a particular restaurant, and they’ve taken off this year alongside a number of other dining modifications, such as curbside pick-up and new drive-thru options.

In today’s market, one of the major factors driving the growth of ghost kitchens – beyond the pandemic – is the realization that these setups can thrive outside of major urban markets.

Rather, research suggests that there’s enough demand for takeout in suburban markets for these setups to work in such secondary locations.

This may not be true for established chains, but could be the ideal way to bring greater variety to these areas by fostering partnerships between ghost kitchen startups and independent restaurants.

One of the advantages of ghost kitchens, besides the decreased costs associated with their smaller footprints and lack of sit down infrastructure, is that they’re well-positioned to optimize delivery practices.

That’s not as easy as it sounds, though, and it’s a matter of much more than sharing delivery staff. Rather, the best way to do this is with a system that processes digital orders, delivers those to the kitchens, and efficiently maps delivery routes for outgoing orders.

That’s far more effective than the one-by-one approach to order pick-up and delivery enabled by apps like UberEats and further drives down costs in ghost kitchens.

Though not everyone is sold on the notion of ghost kitchens replacing the niceties of in-person dining, the sheer volume of orders restaurants handle for delivery or takeout suggests that they clearly have a place – and, importantly, there’s demand for higher end takeout options, which could easily be supported by ghost kitchens.

That’s because the pandemic has reframed people’s notions of what it means to get takeout, and they now know they can expect more.

With that in mind, sit down restaurants should be prepared to offer more delivery options post-pandemic. Though it may not be what these restaurateurs envisioned for their food, it’s what the public demands.

7 Players Real Madrid Could Offload to Raise the Funds for Rudiger’s T...
Part Time Jobs In Coimbatore - Do's And Don'ts
How to Save on Leiebiler?
How To Choose Right Locksmith Services In New York
Why Have To Hire A Creative Agency
Want To Start A Tech Company?
Why do Crisis and Reputation Management Services Matter?
Growing Industries And Professions That Will Define The Coming Decade
Is It Worth Buying Used? How To Tell When Used Is Better
4 Ways SMS Marketing Can Help Property Managers Sell Fast
Gambling Solutions For Profitable iGaming Business
7 Directives For Backtesting Trading Strategy
Spread the love
0 0 votes
Article Rating
Subscribe
Login
0 Comments
Inline Feedbacks
View all comments