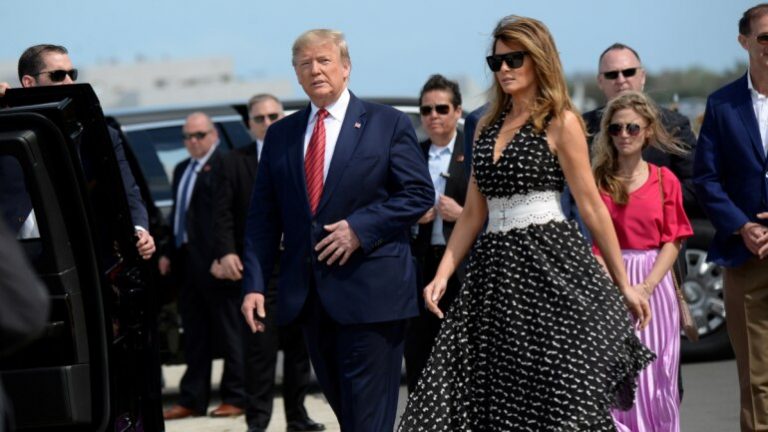 At the Namaste Trump event held on Monday at Motera Stadium in Ahmedabad, US President Trump announced that agreements will be signed on Tuesday for three billion dollars worth of state-of-the-art military helicopters and other equipment. Today is the second and last day of Trump’s visit to India.

Prime Minister Narendra Modi and US President Donald Trump will hold detailed talks on Tuesday. During this time, the two leaders will also discuss the expansion of global partnership in Indo-US relations. Apart from this, President Trump and his wife Melania have a very busy schedule even today.

In the evening Donald Trump will attend a dinner organized by President Ram Nath Kovind, which is being given in his honor. Earlier on Monday, the two leaders praised each other and committed to a better future for the people of both democratic countries.

There Will Be Many Agreements Today

At the ‘Namaste Trump’ event held at the Motera Stadium in Ahmedabad on Monday, the US President announced that agreements will be reached on Tuesday for three billion dollars worth of state-of-the-art military helicopters and other equipment.

Trump is accompanied by his wife Melania Trump, daughter Ivanka, son-in-law Jared Kushner and senior officers of his administration. Trump arrived in Ahmedabad on Monday afternoon for a 36-hour tour of India. In his honor, ‘Namaste Trump’ program was organized in the world’s largest cricket stadium, Motera Stadium.

10 am: US President Donald Trump will go to Rashtrapati Bhavan. Where he will be formally welcomed. From there, he will leave for his ‘Samadhi’ Rajghat to pay homage to Mahatma Gandhi.

10.30 am: We will pay homage to the Father of the Nation Mahatma Gandhi at Rajghat.

11 am: US President Donald Trump will reach Hyderabad House. There will be delegation-level talks between Modi and Trump at Hyderabad House. Prime Minister Narendra Modi has organized an afternoon lunch for the US President Trump after the talks. Here the two top leaders will also have lunch together.

12.40 pm: Shared press conference after agreement of agreements. After this, the Trump CEO will also come to the Roosevelt House i.e. the American Embassy for the round table. It may also include a roundtable with industry representatives.

10 pm: Via Germany will leave for America.