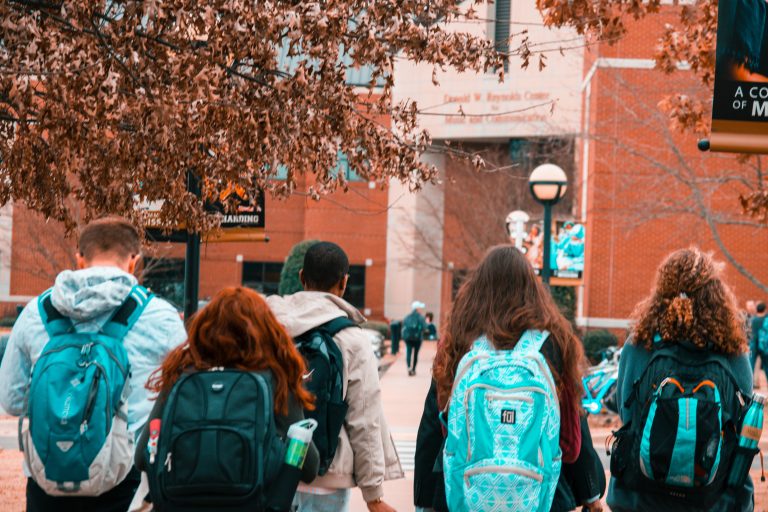 No matter how old a child is, parental divorce is always a harmful practice. Even though the older the child is the more he or she can see why it was needed, and why that relationship had to be ended, it does not make it by no means easier to experience.

Moreover, due to the fact that college years are one of the most stressful in one’s life, the divorce adds even more emotional pressure on the child. This time is the time when a young person is under multiple influences forming his (or her) personality, and rough family relations may disturb this process and result in personal problems in later life.

Current worldwide circumstances may complicate the process of divorce even more, as families can be separated territorially. Or, certain families get into the situation, where they do not even want to see each other, which also adds more difficulties to the divorce.

Even the experience itself may be so painful for partners, but yet inevitable, that they cannot handle it. This stipulates the uprising of special services, where families can get a divorce online and simplify the whole process on both physical and emotional levels.

Unlike younger children and teenagers, who reflect the painful experience of parental divorce on their assignments and academic performance, college students suffer from relationship difficulties in addition to education struggles.

WHAT DOES RESEARCH SAY?

Multiple studies have been conducted on the subject of the influence of parental divorce on children of different age, with the focus on college students.

The results of some, where children from full-fledged families and from families where parents have had a divorce after the child’s age of 5 were involved, showed that women have been drastically more affected by the divorce, than men.

After that, a few more studies were performed on the same subject, which only proved the findings of the previous one — college-age women appear to be more affected by parental divorce, compared to men.

Studies suggest, that children, who have experienced parental divorce, seem to have lower grades, poor academic performance, and an absence of educational motivation. It may have different explanations, one of which may be the depression provoked by complicated family conditions, and experiencing a divorce may cause a decrease in self-esteem and even in the feeling of personal value.

Another explanation is more simple — parents are simply not able to control their child’s performance due to the process of divorce, or the access to scholarly equipment may depend on the party the child is staying with at a certain time, which applies more to younger schoolchildren though.

It has become a weirdly common misconception that college-age children are fully separated from their parents. Location-wise it may be true, however, they are still very dependent on their parents emotionally and, of course, economically.

Anyway, their parents are the first people they tell about their problems, ask for advice and guidance, and in whom they see the most force. Even though they are relatively independent due to living alone, they always feel that they are being under strong parental control and that in any case, everything will be okay. But, when parents get divorced, these connections are at least partially ruined and the control cannot be felt anymore.

The attention gets driven away from the studies, as this personal pain consumes a person, who is in some ways still an unstable child. This is the moment, where academic performance gets worse and worse and the whole educational process stops being a priority.

College years are the time the person develops their character and social skills the most. A new environment, new people, and a new lifestyle have a great influence on every student. Other than that, relative independence makes it inevitable to learn how to take care of yourself and even the people around you.

This is the time when a person establishes his social role. When everything is stable in their life, students are settling a proper base for their future life.

However, parental divorce and its influence on self-esteem and self-perception not only distract a student from building his or her own life but also disturbs the picture a person has of himself (or herself). It causes self-doubt and the development of several insecurities, which do not let a student launch his (or her) adult life.

Due to rough circumstances, the family may not be able to control the state of their child, as they are being consumed with the process. Not addressing these issues may make the problem even worse, as they bury emotional independence without the ability to reach the parents for support.

As it has been mentioned before, women appear to be more affected by parental divorce, than men, which may have several explanations. Though, the most important part of this effect is their relationship with their fathers. Women in these non-intact families become completely independent of their fathers in a range of aspects, from emotional to attitudinal.

In most kinds of the father-daughter connection, it was discovered that the psychological separation process of parents and children was expedited. Other than that, it was found, that these relationships were filled with anger, insult, and conflicts, compared to those in intact families. Professionals connect this with the blame women put on their fathers, and it is what provokes anger in them.

It is important to understand, though, that the effects of parental divorce are not universal, and not every college-aged person is affected in the same way. It also necessitates parents perceiving their child in a new light.

Understanding how parental divorce affects a college student necessitates a wider look that sees the student as entrenched within the larger contexts of both the family and the academic environment as they face the typical demands of their developmental time.

The influence on their development will be seen as the entire family is thrown into a transition period and uncertainty at a time when a college student is already dealing with the volatility of needing to transition from college to home setting and back over several years.

The consolidation of the family notion will take time, and it will necessitate a focus on the college student’s adjustment to post-divorce sociocultural contexts, financial ramifications of the divorce, geographic shifts, and visitation difficulties.

3 Tips In Choosing A Plus Size Sports Bra
Various Options of Repairing Structural Damage in Your Home
15 Most Fascinating International Hotel Openings In 2021
6 Best And Useful Tips To Train A Puppy Quickly
Tips On Choosing The Best Men's Wedding Rings
3 Reasons to Keep Your Gutters Clean and Clear
What does International Driving Permit mean for Tourists?
The Way To Make Extra Revenue Streams In Retirement
How to Find the Right Humidity Level in Your Home?
What Is The Best Neck And Shoulder Massager?
A Beginner's Guide to Buying a Classic Car
What is Nuru Massage? Nuru Massage Oils?
Spread the love
0 0 votes
Article Rating
Subscribe
Login
0 Comments
Inline Feedbacks
View all comments