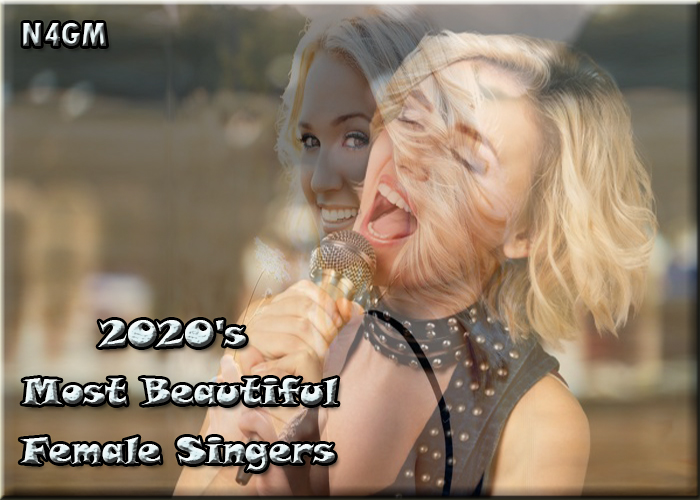 Nowadays female singers are not just about there voice talent many singers are famous for there radiant looks and stage performance.

There are many aspects to determine who is the most beautiful and there ranking. This list has singers not only great singers but also known for their beauty which is obviously an advantage in the arena of stardom.

Here Are Top 10 Most Beautiful Female Singers In The World:

Taylor Swift deserves the number one place on this list since is a genuinely beautiful person. Her songs have touched millions of people and her attitude and personality have influenced even more. People adore that blonde hair and almond-shaped pretty eyes.

Selena Gomez is a model, singer, and actress. Selina has a typical Latino look with black hair, olive skin and long eyelashes that makes her radiant look gorgeous. She sounds exactly the same on the live stage as she does in her albums that are recorded so she does not use an auto tone that makes us like her even more. Still, no one can take the first spot other then Taylor, Gomez takes the second place on our list.

Katy Perry is a famous singer and model. Katy is famous for her outstanding music video in which she sometimes does wired stuff. But that ok, as we can see our beautiful singer in different colors.

Avril Lavigne – I Fell In Love With The Devil (Official Video)

Avril like Swift is beautiful inside out. With her real voice, awesome dressing sense and awesome songs, Avril rule the hearts of many. She is “real” in a fake glam world.

Listen to “I Love Me”

Demi had her debut on Barney and Friends. She is a singer that is believed to be beautiful both on the inside as well as outside. Since she started singing at a very young age, over the years her voice has become better and mature since she gave her debut on Barney. She is loved by her fans for her polite nature.

Shakira is a Colombian singer, songwriter, choreographer, dancer and record producer. How she finds time to be beautiful amongst all this surprises us. Her facial expressions are quite innocent. Not only is Shakira beautiful, but she also sings amazing songs too.

Ariana Grande has become one of the most popular female country singers. She has a very sweet voice and a pretty face that is awesomely complemented by a beautiful figure.

Karla Camila Cabello Estrabao is a Cuban-American singer, songwriter, and actress. Her song Seniorita was a worldwide hit.

Beyonce rose to fame in the late 1990s as the leader of the group Destiny’s Child. She has sold over whooping 100 million records as a solo artist all over her career.

Miley Cyrus is one of the top female English singers. We have seen her in many magazines coves her amazing looks are no doubt are attractive.