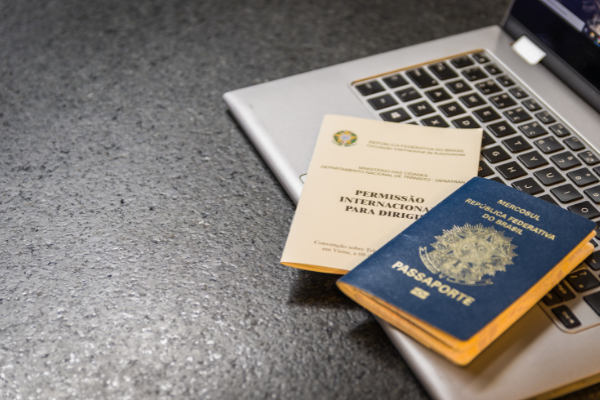 An international driving permit is one of the most important documents you should obtain as a tourist, at least if you plan to drive your own vehicle abroad. It’s simple and inexpensive to do so and it has many benefits if you want to rent and drive a vehicle while on vacation.

Most countries require you to have the permit by law and there are penalties for those who don’t. There are a few exceptions that are based on bilateral treaties between countries.

What Can You Do with a Permit?

It’s important to know how to get international drivers license as a tourist if you plan to drive abroad. That’s the main purpose of the license and you can’t drive without it. The permit is only valid if you show your ID with it and if it’s up to date.

The permit is also used to rent vehicles since most renting agencies won’t allow you to get a vehicle if you can’t prove that you’re legally allowed to drive. This doesn’t cover the insurance related to renting and you’ll need to pay for it separately and keep the document that proves it.

When you’re stopped by a police officer when driving abroad, you’ll need to provide documents that prove your identity and your legal right to drive. These documents are an ID (which is most often a password), an international driving permit, and a national permit from your own country.

There’s a penalty if you’re not able to produce these documents or if any of them is out of date. It’s not enough to have a valid permit since it won’t be considered to be valid if the others aren’t.

What The Permit Isn’t and Can’t Be Used for?

If you’re traveling abroad and you’re asked to produce an ID document of some kind, it’s important to know that an international driving permit isn’t one of such documents. It can’t be used as proof of identification even though it does have your photo on it. For instance, it can’t be used to give blood, or to vote, or to apply for some charitable causes, and so on.

When you’re abroad you should have a passport with you since it can be used as proof of identification. In some countries, it’s enough to bring along your national ID.

A Peace of Mind Is Priceless

One of the things you get as a tourist with an international permit is the peace of mind that comes with knowing you have the proper documents with you and you won’t get in trouble if you’re stopped. That’s something you can’t put a price on but it means quite a lot when you’re abroad.

Traveling to a foreign country is rewarding and fun but it can also be rather stressful. Everything you can do to mitigate that stress and make your trip better is worth trying, especially if it’s something as easy as getting an IDP.

3 Reasons Why Corporate Parties Are More Important Than They Seem
Invalid Prenuptial Agreement In Georgia: What To Do If Yours Is Invali...
An Introduction to Different Bail Services Offered by Online Bondsmen
How Do Moisture Distress Air Conditioning And Heating Systems?
Questions about Closure Wigs | Pros and Cons of Closure Wigs
The Common Balayage Hairstyles to Transform Your Looks
Best Parenting Tips
The Tips And Tricks Of Winning A Ukrainian Brides Heart!
How To Care For Your Nursing Scrubs And When To Replace Them
How to Find the Right Humidity Level in Your Home?
Long-Haul Trucking – Is It Good To Become? Or NOT?
7 Tips For Buying Home Office Furniture
Spread the love
0 0 votes
Article Rating
Subscribe
Login
0 Comments
Inline Feedbacks
View all comments